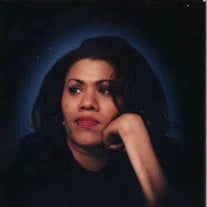 Shirley Ann Gipson was the 4th of 8 children born to Selma T. Cornelius Gipson. Shirley was born in Philadelphia, PA, and where she completed her early education as well. Shirley suffered a great tragedy when she was young that left her a paraplegic. She continued her education with disability programs in DE that included life and vocational skills to enter the workforce. Shirley worked for the State of Delaware as a Social Services Specialist III at Family Court from 1998-2013. Shirley received recognition in Dec. 2005 by (then) Governor Minner and (then) Lieutenant Governor Carney of the State of Delaware. Shirley's recognition was for her dedication as being former Chair to the Independent Living Program, sponsored by the Statewide Independent Living Council and managed by the Division of Vocational Rehabilitation. That program provides Delawareans with disabilities the resources necessary to help them live independently in the community. In Shirley’s position as Chair, she traveled, attended meetings plus conferences, and participated in independent living matters on both regional and national levels. Shirley was so dedicated to this program because she had her own apartment and lived independently for well over 30 years. When you encountered Shirley, her wheelchair just disappeared. If you talked to her over the phone, you thought she stood as tall as her personality did! She never acted or sounded like what she'd been through. Despite her tragedy, Shirley had a wonderful disposition and was an extremely giving person. If you were in need, you didn’t have to ask. She offered her assistance in any way. Shirley never complained, spoke nothing but kind words and encouragement, went out of her way to help people (especially family), and always, always had a smile! Shirley's hobbies included painting and drawing. This was so incredible after having to learn to use her left hand after her tragedy. Shirley learned it well and she had the most amazing penmanship. She wrote so neatly, especially her signature. In fact, Shirley would write a grocery list that was out of this world. She budgeted and did her weekly research by gathering the store circulars to get her list together. The list would be complete with the name of the store, the brand of each item, and the price of the items. Shirley loved her family and getting together with them. For family reunions, Shirl would be the first one off her bus and at the park well before the food was done. Although Shirley didn't have kids of her own, she was still a Mom! Dia, Bruce, Lawrence, LyVell and their kids would send flowers to Shirley on Mother’s Day because she was like a mother to so many. She enjoyed taking Lil Dia to work with her for “Take Your Daughter To Work Day”. And she's always been a major part of her nieces and nephews lives. "Aunt Shirl" was only a phone call away for them whenever they wanted and needed something, when they were in trouble… or just to give Daryus & LyVell $10 to go skating at Elsmere. Bruce stated in a message sent to honor Shirl, “My Sis is the epitome of the phrase Rock Solid!!! Throughout all the years, we have All counted on this Rock to be there when we call. She never forgets a birthday or special event. Even when she can’t make it, a call of well wishes is always there to greet you. Even at this grown Man stage, I count on my Rock to be there when I call. Thank You Shirl, for being My Rock and getting me through! I Love You! And in the lifelong memory of a road weary 3 year old LyVell… Backta Shirl’s, Backta Shirl's!! Das All We Do, is Backta Shirl’s!!” Shirley’s nephew LyVell never wanted to leave her place when he was little. He’d drive you crazy whining and crying until he was back to see Shirl's face. Shirl’s siblings live from one coast to the next but whenever they get into town, they too have to see her face. Shirl’s siblings and family adored her! Shirley’s siblings and family adored her! She’ll be greatly missed by all, to say the least. We pass through this life for heaven is our home. Shirley is home walking around heaven and standing tall. Shirl being absent from her body means being with God and those she loved who went home before her. We’ve always wanted to see Shirley walk again but God had a greater plan and gave her wings to fly. Shirley was preceded in passing by her mother, Selma T. Gipson and her father, Kermit C. Gipson Sr. Shirley leaves to celebrate her memory and legacy…all of her 7 siblings: Pierre Cornelius (Jennifer), Geneva Tolliferreo, Kermit Gipson, Deborah Gipson, Lawrence Gipson, Dia Gipson (Eustace Sr.), and Bruce Gipson. Aunt Tiny, Aunt Buggy (Uncle Vernon), Aunt Arlene(Uncle Dave), Uncle Manny (Aunt Peggy), Uncle Puddin, God Daughters-Sharisah Odoms, Tanisha Kung, Tiese Roberts, and a host of nieces, nephews, cousins, family, and friends. The Broken Chain We did not know that day, God was going to call your name.. In life we loved you dearly, In death, we do the same. It broke our hearts to lose you. You did not go alone. For part of us went with you, The day God called you home. Our sibling chain is broken, And nothing seems the same, But as God calls us one by one, The chain will link again. ~The Siblings~

Shirley Ann Gipson was the 4th of 8 children born to Selma T. Cornelius Gipson. Shirley was born in Philadelphia, PA, and where she completed her early education as well. Shirley suffered a great tragedy when she was young that left her a paraplegic.... View Obituary & Service Information

The family of Shirley A. Gipson created this Life Tributes page to make it easy to share your memories.

Shirley Ann Gipson was the 4th of 8 children born to Selma T....

Send flowers to the Gipson family.