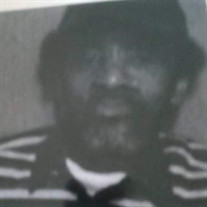 Ronald W. Berry was born on October 24, 1953 in Odessa, DE to Marie Berry and Isaiah Berry. He passed on September 20, 2021 at Manor Care Health Service. Ronald (Hop) received his early childhood education from Louis J. Redding School in Middletown and Wilmington High School in Wilmington. After school, he worked for Atlas Sanitation Service as a Diesel Mechanic for over five years. Ronald (Hop) was a Jehovah Witness. He had many interests and hobbies. His favorite pastime was fixing televisions and radios. He also wrote songs. Hop used to take his sister’s dolls apart to see how they would work with batteries. He was very curious about everything that was battery operated. Ronald was a very good cook and he loved to go fishing any chance he could. Ronald was preceded in death by his wife, Cora Berry; his parents, Isaiah and Marie Berry; his son, Ronald W. Berry, Jr. ; and his siblings, John Ford, Isaiah, Jr., Robert, Michael, Angela Berry, Barbara Hamilton, Carol Righter, Audrey Cephas, and Terry Johnson. Ronald (Hop) is survived by his daughter, Carolyn Seeney, Dochette Berry Sewell, Ronald Seeney; his siblings, Andre, Howard, Demetrius, Joanne, Lisa Berry, and Sharon Redden; 14 grandchildren, 32 great grandchildren, and a host of relatives and friends.

The family of Ronald W Berry created this Life Tributes page to make it easy to share your memories.

Send flowers to the Berry family.