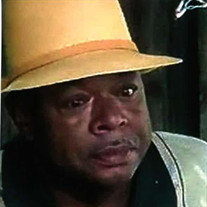 Kevin Anthony Potts, Sr. son of the late Holton T. and Faustine B. Potts was born October 12, 1957, in Wilmington, DE. He was called to his internal home on September 30th, 2021, at his residence. Kevin received his early education in the public school system of Wilmington DE. He later graduated from P.S. DuPont High School in 1975. After graduating from high school, he was employed by the Wilmington Housing Authority where he became a Boiler Technician for 18 years until an injury forced him into retirement. Kevin's favorite pastime hobbies were music, boxing, dominos, and deep-sea fishing. Kevin really enjoyed fishing alongside his brothers down on 16th Street. He would also go fishing with several of his W.H.A. co-workers at Fox Point Park. If Kevin had a fishing pole in his hand, he didn’t care where he was casting it from. Kevin also enjoyed, karate whom he was taught by a family friend (Joe Ellis) in his backyard along with many other kids from the neighborhood. Family time and gatherings meant the world to Kevin. He could be at KJ’s football games running up and down the field as if he was the coach, or Tina’s house playing Po-Ken-No for 2 cents. If he won 20 cent, he would yell as if he won a million dollars, but Wayne would always tell anyone that wins to “put it in the building fund because the church needs a new roof”, or at Curtis and Jackie’s house enjoying a nice barbeque with burnt hot dogs and hamburgers while listening to old school music, or Victor and Darlene’s house for a Thanksgiving Feast, or even if he invited Pooch, Nina and Eric over to play a game of dominos and drink a few cold beers, but gets upset when he loses, he still loved to be around his family. Kevin was also known for his love of classic and antique cars, of which he owned 2. You could find him out back of his mother’s house on Eastlawn Avenue washing and waxing them down while listening to Johnny Guitar Watson. But most of all, he was a diehard fan of the Pittsburg Steelers, no matter how much they lost. In addition to his parents, Kevin was preceded in death by many aunts, uncles, cousins and his brother, Ernest Potts. Kevin leaves to cherish his memory: a loving son, Kevin A. Potts Jr.; godson Jonmir Potts; brothers, Theodore H. Potts of Arlington, VA., Alfonzo (Jacqueline), Wayne and John Potts, all of Wilmington, DE.; sisters, Bettina Leatherbury, of Wilmington DE., Darlene (Victor) Hackett of Newark, DE., Nina (Eric) Potts-Mikel of Wilmington, DE. and a host of nieces, nephews, cousins, and friends

Kevin Anthony Potts, Sr. son of the late Holton T. and Faustine B. Potts was born October 12, 1957, in Wilmington, DE. He was called to his internal home on September 30th, 2021, at his residence. Kevin received his early education in the public... View Obituary & Service Information

The family of Kevin A. Potts, Sr. created this Life Tributes page to make it easy to share your memories.

Send flowers to the Potts, family.