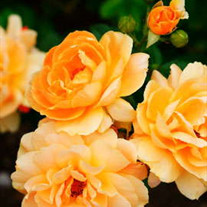 Dr. Crystal Renee Saunders, of Newark, DE, daughter of Leon C. Saunders, Jr. and the late Carolyn V. Fields-Saunders was born January 2, 1962 in Cecil County, MD. Her sudden call to glory came on Monday, November 17, 2003. She was 41. Crystal received her early education at Ursuline Academy in Wilmington, DE. After graduation, she attended Wheaton College in Norton, MA and received a Bachelor of Science degree in biology and chemistry in 1985. Thereafter, she was employed at DuPont in Carney's Point, NJ and AstraZeneca, formerly known as ICI Americas. At an early age, Crystal knew she wanted to become a doctor and help people. Determined to make her dream a reality, she matriculated at the University of Pittsburgh Medical School, the Medical College of VA and Meharry Medical College in Nashville, TN from which she received her PhD in pharmacology on May 18, 2002. Her graduation with honors was witnessed by her proud and loving family. Crystal was a member of Coleman Memorial United Methodist Church for which she was a pianist. In fulfillment of her love of music and the piano, she played for various gospel choirs and churches. She welcomed every family gathering as an opportunity to play the piano and sing along with family and friends. One of her favorite hymns to sing was "I Don't Want the Lord to Catch Me with My Work Undone." Until her demise, Crystal was enjoying her career as a post-doctoral fellow in Neuroscience at the Children's Hospital of Philadelphia. She was a member of Delta Sigma Theta Sorority, Incorporated. Crystal spent most of her free time with her grandfather, James Fields, Sr. and her great aunt, Bertina Garnett of Chesapeake City, MD. Crystal will be greatly missed by her father, Leon, Jr; her brothers, Andre and Leon, III; 1 sister-in-law, Karen; niece, Alexis; nephew, Brandon; her loving grandfather, James Sr and step-grandmother, Jeanette. Also remaining to mourn her passing are her extended family members, Teresa Hayes, 3 devoted cousins, Ruthine Saunders, Deirdra Young and Ursala Garnett and a host of aunts, uncles, cousins and friends. Read Dr. Crystal Saunders's Obituary and Guestbook on houseofwrightmortuary.com.

The family of Crystal Renee Saunders created this Life Tributes page to make it easy to share your memories.

Send flowers to the Saunders family.