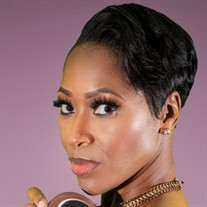 Zatanya Jackson Born July 15, 1971, in Livingston, Alabama Sumter County, to Daisy Ann Pickens. Soon after birth, Zatanya and her mother moved to Cleveland, Ohio, where Daisy Pickens married James Daniel Lindsey Jr., who was in the Air Force, and later relocated his family to Lancaster, California. Zatanya started her early childhood education overseas at Kadena Air Force Base, Okinawa Japan, where she attended kindergarten, through 2nd grade. Once back in the US she attended junior high in Highland California and later graduated from Canyon Springs High School in Moreno Valley, California. Zatanya went on to attend Riverside Community College for one year and soon after began her career in dentistry as a graduate of Concorde School of Dentistry. Zatanya went on to work in dentistry for more than 30 years. As a Barbizon Beauty graduate, Zatanya began to hone her craft to do makeup, her artistry skills would later allow her the pleasure of working within the entertainment industry as a celebrity make-up artist on set for film and television. In recent years she made a decision to pursue her love for skincare by attending and graduating from the Rizzieri School of Beauty. Upon graduating as a licensed aesthetician, she created her very own all-natural body butter line called “Just Body Butterz” which has been distributed across the country. In 2020 her passion for skincare took her on an even greater mission as she launched her luxury Spa “Just Aestheticz” based in her hometown of Mount, Laurel NJ Zatanya is a devoted member of Bethany Baptist Church, located in Lindenwold, NJ, where she served as a greeter and member of the hospitality ministry. She is survived by her Mother Daisy Ann Ukonu, Stepfather Kelechi Ukonu, siblings James Daniel Lindsey III, Angela N’atae _Cisneros; children Briana Henson, Takara Jackson, grandchildren Jayden Lindsey, Anya Lindsey, Charli Royal; aunts and uncles Ruby Lindsey Black, Joe Lindsey, Faye Lindsey Tamplin, Al Kirk Lindsey, Al Kirk Lindsey Ann Lindsey Wheeler, Sandra Lindsey Banks and a host of friends, family, clients who loved and cherished her dearly.

The family of Zatanya Jackson created this Life Tributes page to make it easy to share your memories.

Send flowers to the Jackson family.