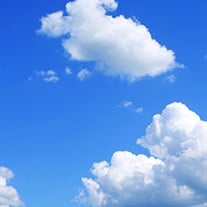 William S. Foeman, Jr. (Bill), age 58, passed away on Tuesday, April 20, 2004 at his home. born in Wilmington, DE on December 8, 1945, to William S. Foeman, Sr. and Lavinia Couch, Bill (also lovingly known as Junebug) was raised in Stockton, MD, where he attended public school. He served in the U.S. Navy and honorably discharged after three years of service. He later attended Goldey Beacom College. Before retiring, he was employed by DuPont Experimental Station in Wilmington, DE as a lab technician for 28 years. He enjoyed hunting, fishing, bowling, playing pool and photography. He also held a black belt in karate. Bill was respected and admired by everyone who knew him. Not only was he a devoted husband, father, and grandfather, he was also a friend to those who were less fortunate. He accepted Jesus Christ as his Savior and was a member of Bethel A.M.E. Church. Bill is survived by his wife of 31 years, Peggy E. Foeman; four daughters, Sharon DuPont of Bridgeville, Tammy Foeman-Young(and husband Michael) of Bear, Tuesday Foeman-Flowers (and husband Cornelius) of Wilmington, and Terri Foeman of Newark; one brother Edwin Russum (and wife Doris); one sister Barbara Daniels (and husand Elder Gentle); mother Lavinia Couch; mother-in-law Betty Hadley;a sister-in-law, Pamela Cornish (and husband Donald); a brother-in-law, Evans Foster, ten grandchildren; two great grandchildren, and a host of aunts, uncles, nieces, nephews and cousins. He was preceded in death by his father William s. Foreman, Sr. and brother, Charles West. Read William Foeman, Jr.'s Obituary and Guestbook on houseofwrightmortuary.com.

The family of William S. Foeman created this Life Tributes page to make it easy to share your memories.

Send flowers to the Foeman family.